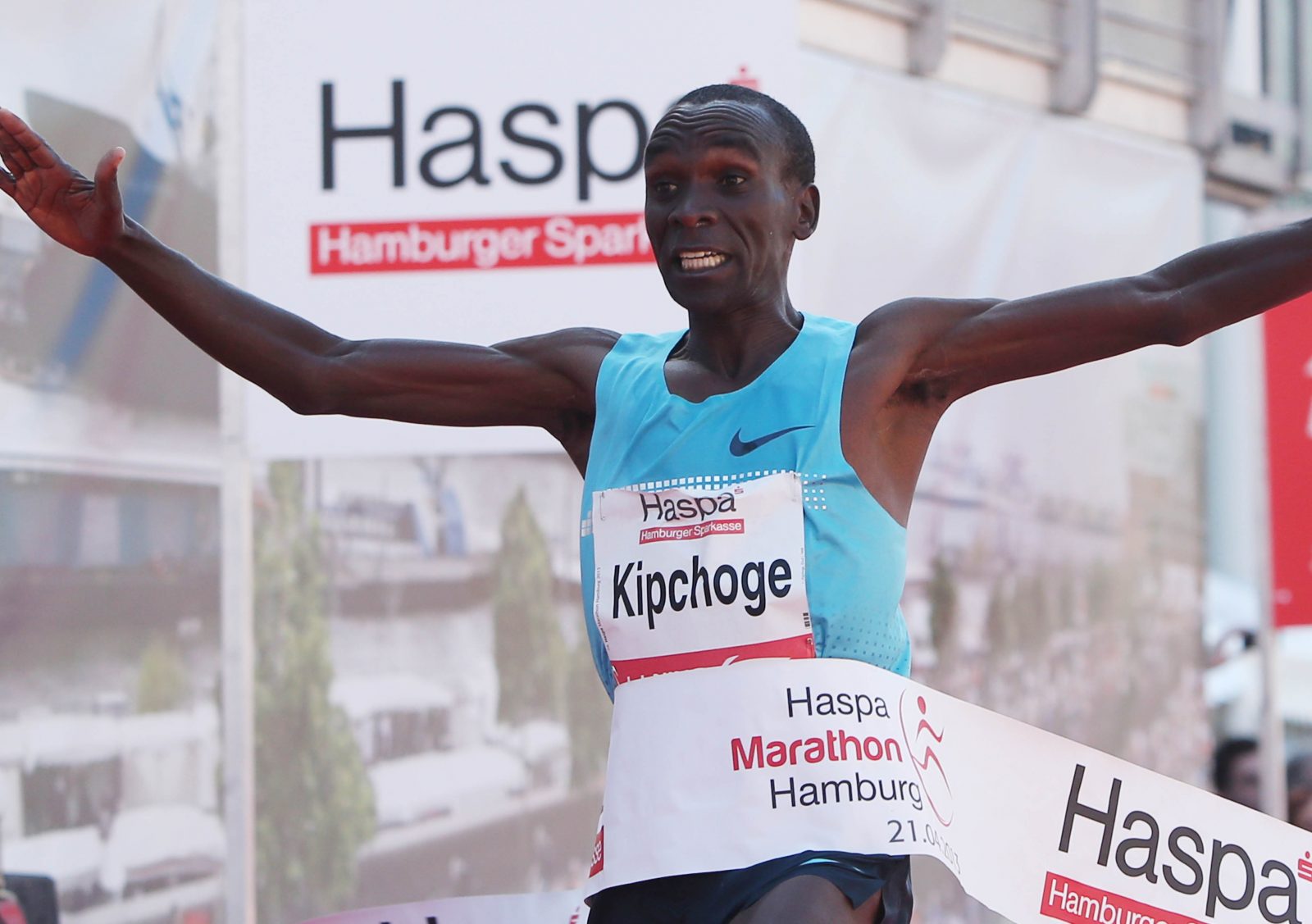 We warmly congratulate Eliud Kipchoge, who made his marathon debut in Hamburg in 2013, on his outstanding victory in yesterday’s Berlin Marathon. The 37-year-old superstar literally remains the lone leader after running the marathon in a new world record time. The performance of the comparatively small circle of co-favourites was also striking. Last year’s winner Guye Adola (Ethiopia) had trouble keeping up with the fast pace already after the first third and had to drop out after kilometre 35. Kipchoge’s compatriot Mark Korir finished second, well over five and a half minutes behind Kipchoge. Half a minute behind followed the Ethiopian Tadu Abate, among others winner in Hamburg in 2019. Experts use the average time of the top 10 results as an indicator of the quality of the elite field in a marathon race. While the average time for the men’s competition in yesterday’s race in Berlin was 2:06:31 hours, the Haspa Marathon is just ahead with 2:06:07 hours. In the Top 10 average time for women, Berlin 2022 is clearly in the lead with 2:20:54 hours, ahead of Hamburg 2022 with 2:28:05 hours.