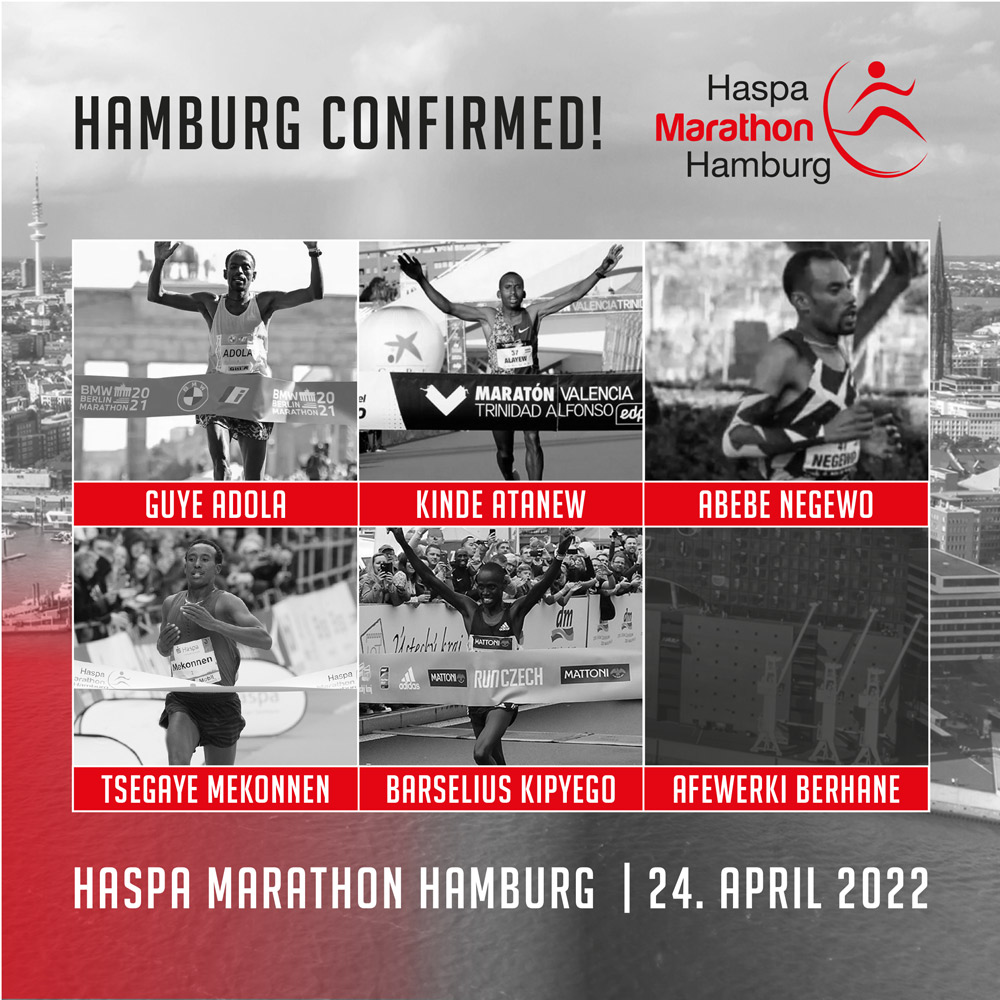 Two weeks after the presentation of the top favorite Yalemzerf Yehualaw (ETH) and other grandees in the women’s elite field, the men’s elite field for the Haspa Marathon Hamburg on April 24 is now also fixed.

Especially the winner of last year’s Berlin Marathon, Guye Adola (ETH) and his compatriot Tsegaye Mekonnen, who already crossed the finish line first in Hamburg in 2017 after 2:07:26, stand out here. Both have marathon best times of under 2:05 hours and are thus below the course record (2:05:30) of marathon superstar Eliud Kipchoge (KEN), which has been in force since 2013. The same applies with Kinde Atanaw (ETH, PB: 2:03:51), his compatriot Abebe Degefa (2:04:51) and the Kenyan Barselius Kipyego (2:04:48) for three other runners.

Top favorite Guye Adolas marked his personal best right from his 2017 marathon debut in Berlin, where he set out to win the race outright. He was only overtaken by Eliud Kipchoge two kilometers from the finish line and ultimately finished as close as he did sensationally in second place.

The race for victory in Hamburg in the spring of the same year was similarly close. Tsegaye Mekonnen and the 2012 Olympic champion, Stephen Kiprotich (UGA) were almost tied here until shortly before the end. Mekonnen literally distanced Kiprotich on the home stretch and won in the end by five seconds. Three years earlier, the Ethiopian had already caused a sensation when he won the Dubai Marathon as an 18-year-old in 2:04:32. This time is still considered the unofficial junior best in a marathon competition.