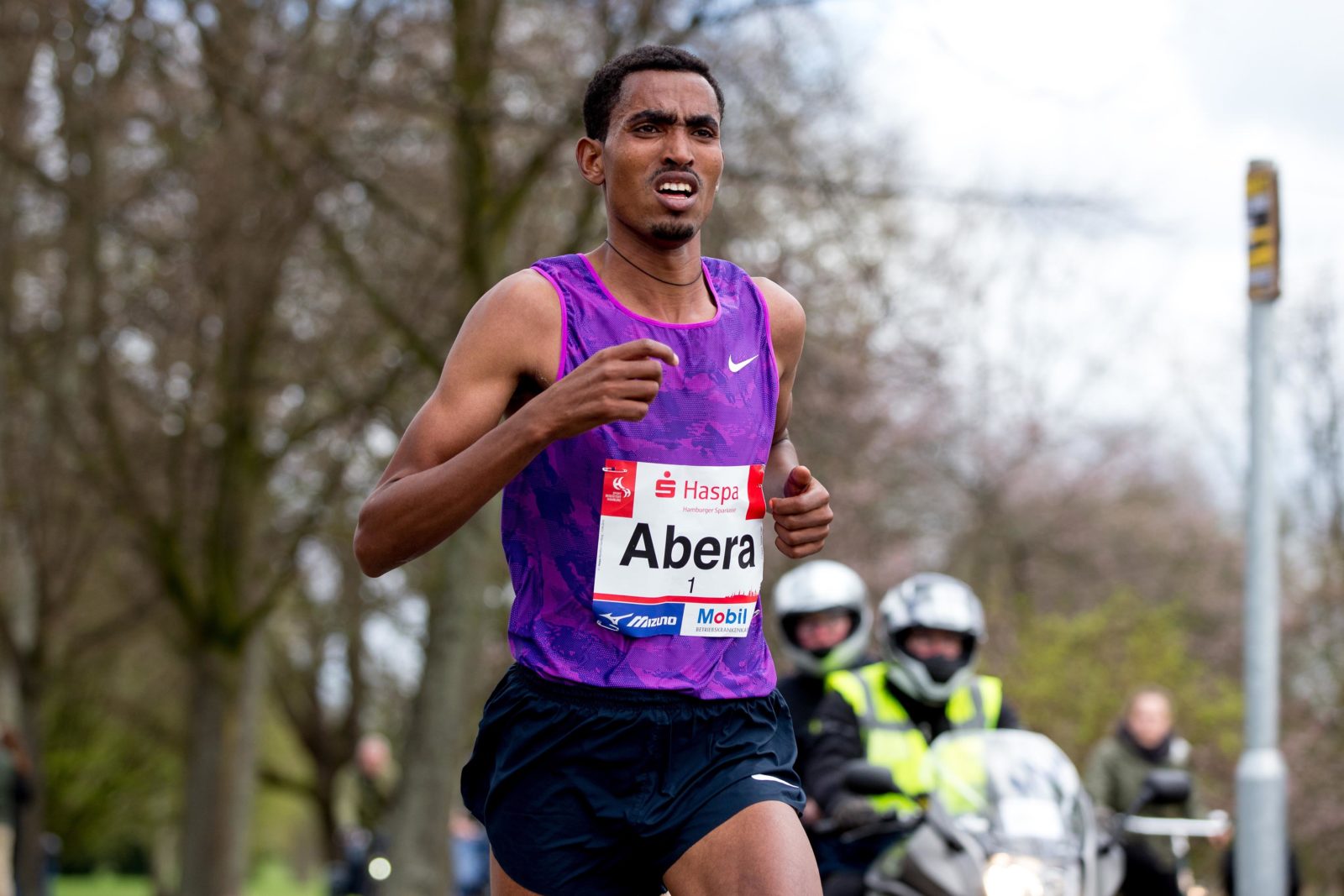 By marathon hamburg30. May 2016Allgemein @en
No Comments

The Olympic Games in Rio de Janeiro are getting closer and closer. This month, the world’s running nation Ethiopia has nominated its squad for the Olympic marathon race 2016. Ethiopian Tesfaye Abera, who won the 31st Haspa Marathon Hamburg will be leading his country’s team as the thrid fastest marathon runner in the world this year.

Abera clocked a 2:06:58 on a windy day in Hamburg, before setting a new personal best in Dubai in 2:04:23 earlier this year. Running the Haspa Marathon Hamburg secured his position as the Ethiopian favourite for the team selection, as the Dubai course is considered perfectly flat and almost straight and therefore easier to run. In Rio, Abera’s height of 192 cm alone will make sure he will stand out. His teammates Lemi Berhanu (winner of Boston Marathon) und Feyisa Lelisa (winner of Tokyo Marathon) will accompany him.

On the womens side, Meselech Melkamu, who had a fantastic race in Hamburg winning in 2:21:54 and smashing the course record was not selected. Competition is tough within the Ethiopian team and world champion Mare Dibaba, Aberu Kebede and Aselefech Mergia were selected ahead of Melkamu.