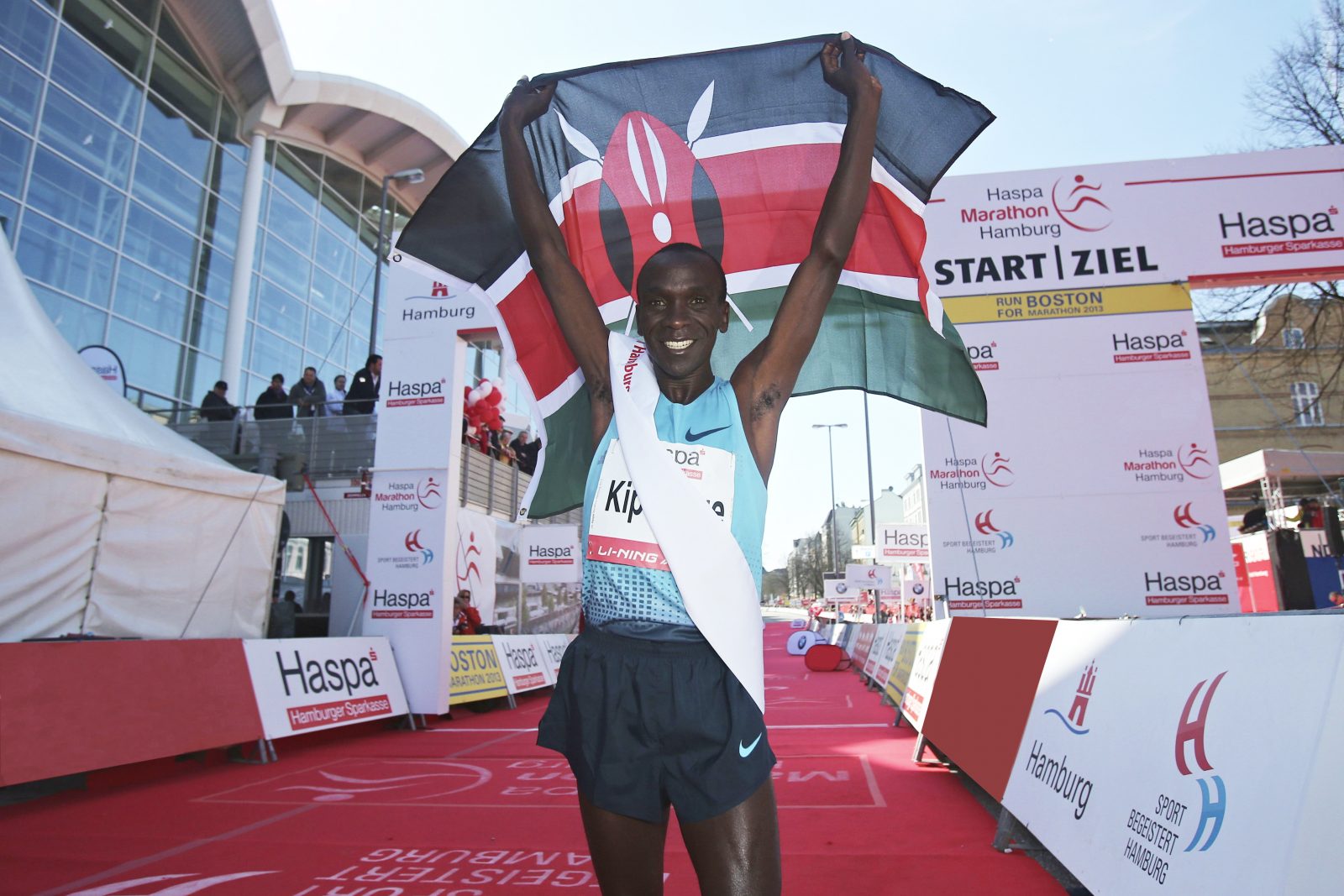 Hamburg, Chicago, London – and now Berlin!  Congratulations to Eliud Kipchoge on winning the BERLIN-MARATHON and setting a new PB and world-leading time of 2:04:00! Not long ago Eliud crossed the finish line first at the Haspa Marathon Hamburg 2013. Since his debut in Hamburg, he has won multiple major marathon races. His exceptional finish in Berlin underlined his status as the best marathon runner world-wide.

Several German athletes were chasing the marathon qualifying mark for the Olympic Games in Rio 2016 in Berlin. Anna Hahner finished as  fastest German, yet she missed the German marathon standard by about two minutes when she crossed the line in 2:30:19. Closest to punching his ticket to the Olympic Games was Phillip Pflieger: he finished with a new personal record of 2:12:50. However, he also missed the qualifying standard for men (2:12:15). Julian Flügel – who had a great race in Hamburg this spring – also set a new personal best of 2:13:57 in Berlin.

We want the individual Olympic Dreams to continue – therefore we will do our best to put up a perfect race on 17 April 2016 and turn the 31st Haspa Marathon Hamburg into another chance to hit that standard.

Finally, we’d like to say “WELL DONE” to ALL the finishers in Berlin! You ALL did awesome!

It would be great to see you in Hamburg next spring! ‪#‎RunTheBlueLine