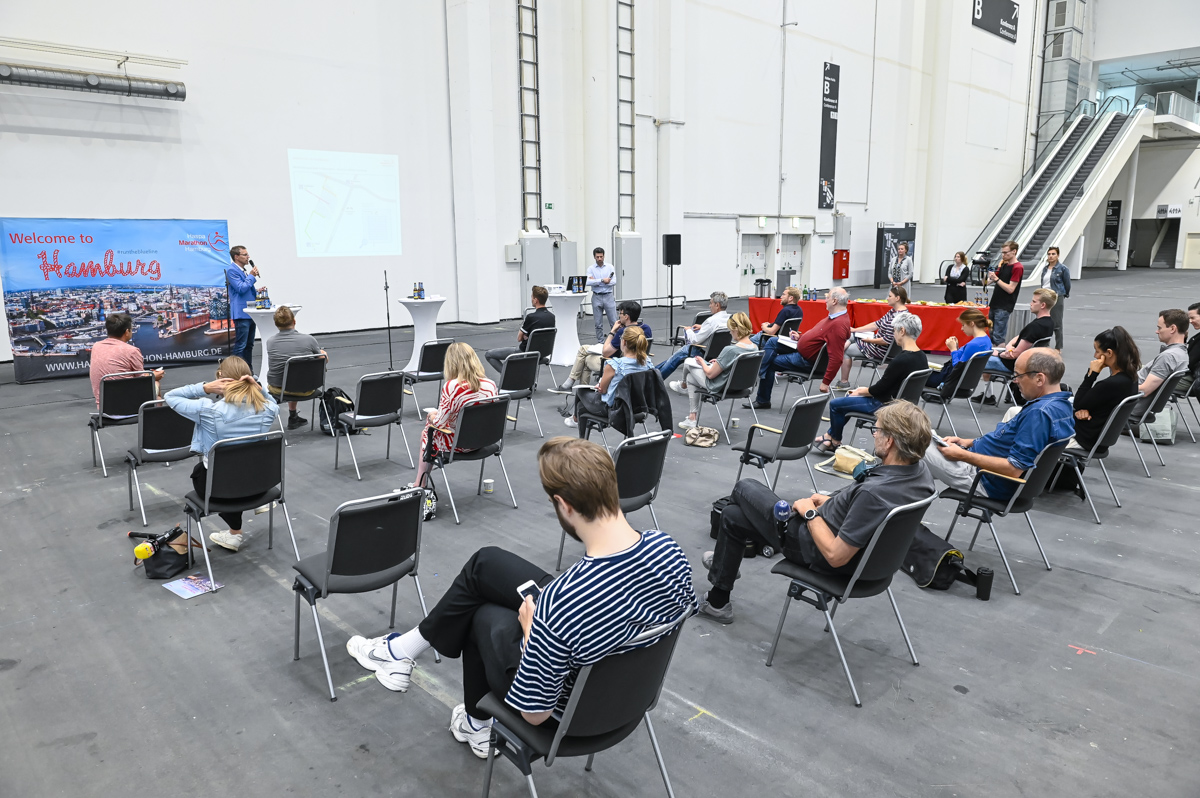 Hamburg plans to make the Marathon happen on September 13

The Haspa Hamburg Marathon is scheduled to go ahead on September 13 with both elite and mass races. The news was announced by the organizers at a press conference today where they also set out a comprehensive hygiene policy, based on international expertise. With these guidelines in place, it should be possible for 10,000 marathon runners and 4,000 participants in the half marathon to compete on September 13. If this does go ahead, given the current situation caused by the Corona virus, the race in Hamburg would most likely be the first significant international marathon to take place with an elite and mass field since the start of the pandemic. The event is a Gold Label road race, a distinction awarded by World Athletics, the governing body of international athletics.

“We are optimistic that the Haspa Hamburg Marathon will be started on 13 September. We have the plans and the infrastructure required. We will now make detailed plans together with the city to realize the race,“ said chief organizer Frank Thaleiser.

The Haspa Hamburg Marathon was originally planned for April 19 but, as with every other spring marathon, the event could not take place because of the Corona virus on the scheduled date. After discussion with the Hamburg city council the organizers postponed the event to September 13. Organizers said that the city supports their plans for the race in late summer.

Last week chancellor Angela Merkel met the presidents of Germany’s federal states and the decision was agreed that major events would not be permitted to take place until the end of October but exceptions to be allowed for events where contact tracing and adhering to hygiene regulations are possible. Individual federal states are also permitted to set their own regulations.

„I am looking very, very forward to this race. It was a frustrating situation when all events were cancelled. I stopped training for a while. But now there is a major gaol again,“ said Germany’s top marathon runner Philipp Pflieger, who features a personal best of 2:12:50 and competes for the club of the organizer LT Haspa Marathon Hamburg. Philipp Pflieger is not bothered by the fact that the Haspa Hamburg Marathon will be outside of the Olympic qualifying period, which restarts in December. „To be able to plan with a start at the Haspa Hamburg Marathon is really great news. We are all craving for competition,“ said Philipp Pflieger.

In Hamburg plans are for a drastically reduced elite field of probably around 30 athletes. This will be the only group standing together on the start line. The athletes will have to undergo testing for the Corona virus before the race and will only be drawn from certain countries, given the restricted travel situation. Participation by athletes from countries where the Corona virus poses a higher risk will not be allowed – neither in the elite nor in the mass field.

There will be no races for children or a relay race which was included in the event in the past years. Also removed from the overall programme are spectator grandstands and Hotspots along the course.

The Half Marathon and Marathon will have different start and finish lines. Runners in the Half Marathon will start their race in several groups between 8 and 0830 while the Marathon runners will get under way from 0930 and with a time window of just under two hours. Most of them will be in batches of 1,000 per starting group who will be sent on their way at roughly ten-minute intervals. The runners will assemble before the race in their predetermined groups in different halls of the Expo building. There and also later in the finish areas – a total of 120,00 square metres of the event area will be available to the organizers and under their control and they will not allow spectators to enter – social distancing will be maintained. Disinfection stations will be set up both in the event area in general and along the course.

All participants will also be given a tubular scarf with a breathing filter. This must be worn in the event area including the start and finish areas. During the race runners must have these with them and put them over mouth and nose after they cross the finish line. No open drinks or individual food offerings will be available in the finish area; instead all participants will receive a refuelling package. Other facilities which are usually on offer, such as massage and showers, will not be available.

According to the organizers, this detailed hygiene policy has been created with the help of the University of Manchester Metropolitan (Crowd Managing). This university department in Britain is working with a number of major international marathon races as well as the Premier League and the German Football Federation (DFB).

“The organizational and hygiene policy should demonstrate that a running event with up to 14,000 participants within a city environment can be carried out responsibly while respecting the restrictions on contact and current hygiene guidelines since the outbreak of the Covid-19 pandemic,” said Frank Thaleiser.