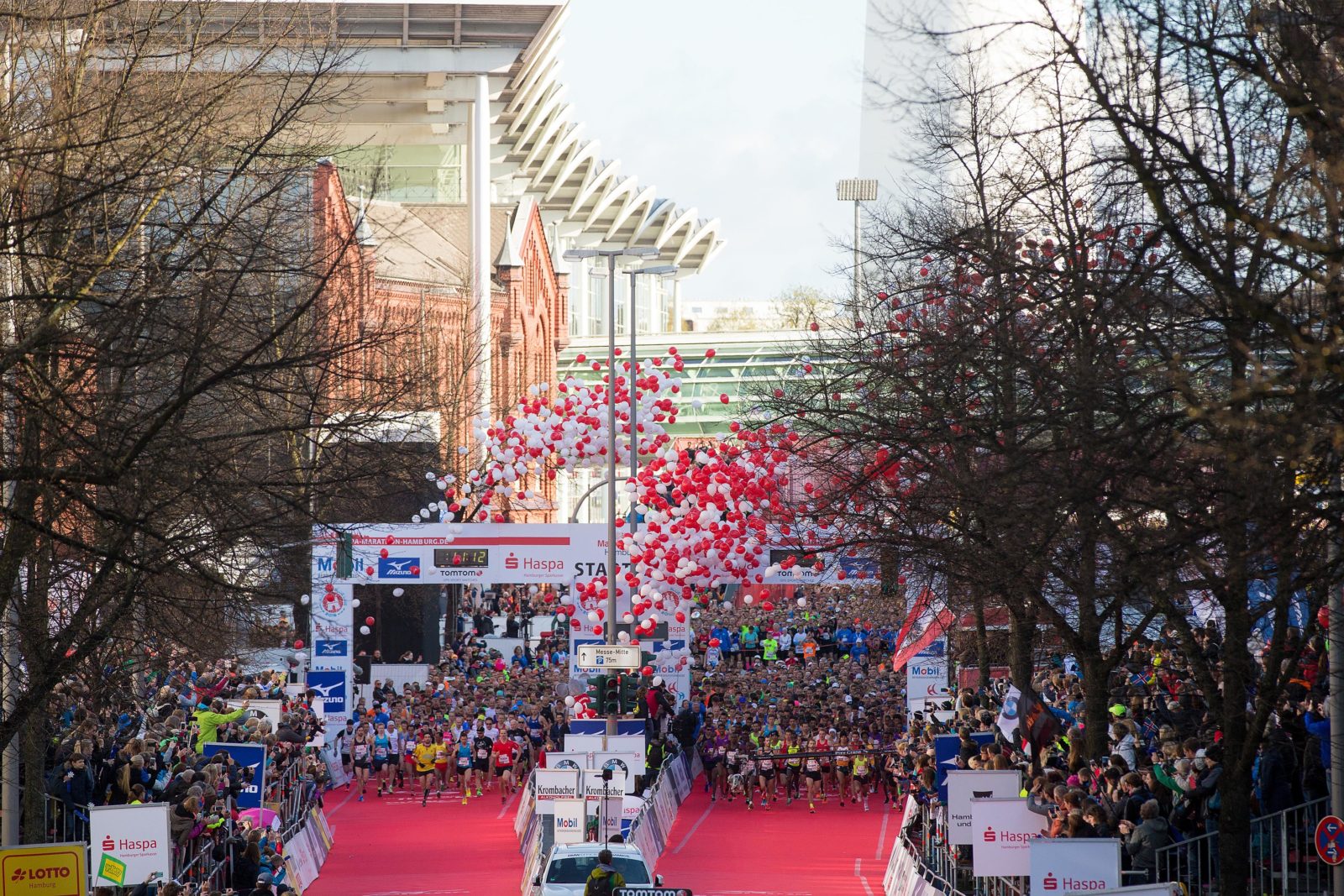 Jessica Augusto will have her sights set on record-breaking when she stands on the start line of the Haspa Hamburg Marathon on April 23. It’s a record with special significance for the Portuguese runner on Hamburg’s fast course because Augusto will be going for the Portuguese national record, still in the possession of Rosa Mota. The latter is a running legend, winner of the Olympic Marathon in Seoul in 1988, who set the national record of 2:23:29 in Chicago in 1985. Portugal’s tradition in producing world class women distance runners has continued but none has since succeeded in beating that time. Jessica Augusto’s participation along with a number of elite women was announced in a press conference by the Haspa Hamburg Marathon organisers today. They join an elite field which already includes Stephen Kiprotich, the men’s Olympic Marathon champion from Uganda. 13,800 runners have so far entered the race on April 23.

Augusto is 35 and brings plenty of experience to the Haspa Hamburg Marathon. She made her marathon debut six years ago, finishing seventh in London with 2:24:33, improving her time to 2:24:25 in 2014 in finishing sixth in the same race. Consistency has been a keynote of her marathon career so far: she proved it in the greatest test of all, finishing sixth in the Olympic Marathon in London in 2012 and won a bronze medal at the European Championships in Zurich two years later.

On the European scene she can be relied upon to reap a rich harvest of medals and not only on the road. In 2010 she was second in the 10,000m at the European Championships as well as taking bronze in the 5,000m at the same competition. At the inaugural European Half Marathon Championships in Amsterdam last year, Augusto won the bronze medal. „We are happy that Jessica Augusto has chosen the Haspa Hamburg-Marathon for attacking the Portuguese record and we will support her as best as possible,“ said race organiser Frank Thaleiser.

One of Augusto’s strongest rivals on the current elite list could well be a debutant at the distance: 33 year-old Viola Kibiwot will be making her marathon debut in the race beside the River Elbe but the Kenyan has been a prominent name on the distance running scene on the track for some years. The highlights of her career so far have been fourth place in the 5,000m at the 2013 World Championships in Moscow and repeating that position two years later in Beijing. She also finished sixth at the same distance in the 2012 Olympics in London. She achieved success early in her career, twice winning the junior title at the World Cross Country Championships.

She credits the Olympic Champion Eliud Kipchoge as her inspiration, living and training in the same training camp. It was Kipchoge who recommended the Haspa Hamburg Marathon for her debut at the distance. He took the same route in his marathon career, making his debut in 2013 and running 2:05:30 which remains the men’s course record.

Viola Kibiwot has never run further than 13 kilometres in competition but her performances at the shorter distances suggest she could have a big future at the marathon, including a best of 31:11 for 10km on the road.

Among the women’s elite field are the Brazilian Adriana da Silva, whose best is 2:29:17 and Ethiopia’s Megertu Ifa, who has run 2:29:45. The leading German runner is likely to be Mona Stockhecke with a personal best of 2:31:30.