Have a stress-free marathon day and focus on your race by following these helpful marathon tips! 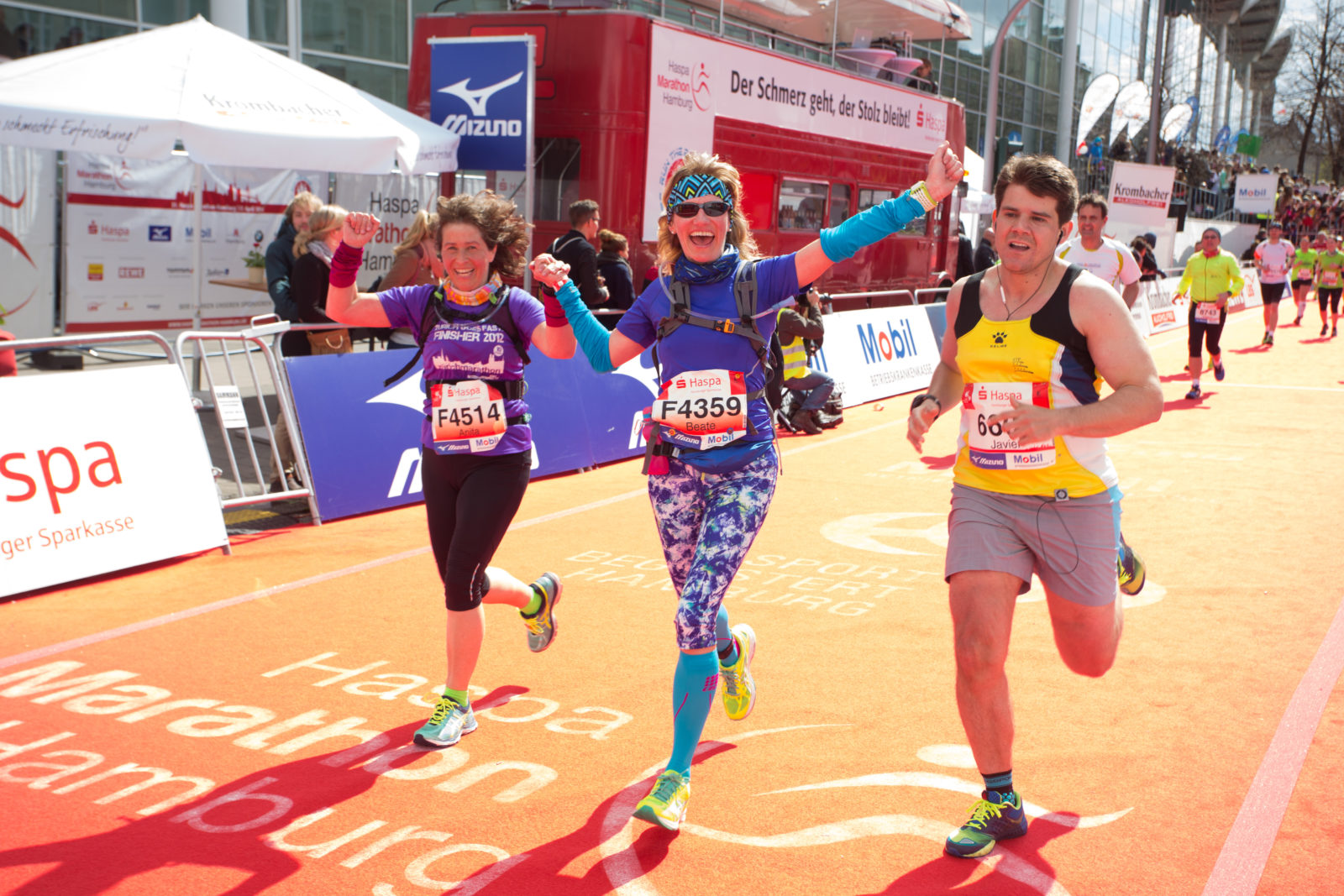 10 TIPS FOR A STRESS-FREE MARATHON DAY

Pick up your race pack at the Hamburg expo on Friday already, so you can avoid stress or long waiting times.

If you’re at the expo centre 1-2 hours before the start, you’ll have enough time to get your bearings, drop off your kitbag, and make it to your starting block.

After this point you will be in the Athletes Area, which is only accessible to runners.

You will find enough toilets on the expo ground and along the starting blocks. Experience has shown that waiting times are to be expected. So make your way to the restroom with sufficient time to then get to your starting block on time.

Please also show consideration for oncoming runners in the area after the finish. Even hough every extra step might cause you pain and you have every reasons to want to enjoy the moment, please leave the area behind the finish line as quickly as possible. By doing so, you’ll get your well-deserved medal faster and can then recuperate with plenty of time at the finish buffet.

After the Marathon, each and every step is a struggle. However, please try not to fall in line at the first queue of the medal hand out and refreshment points. Most of the time, you’ll find another handout point to the left or right with less congestion.

The shower, massage and Kit Bag Collection  is located in Hall B6. The Rewe Chillout Area in Hall B7. Please use the the gates B5 or B6 to leave the Athletes Area. Do not forget: If you used a rented timing chip, return it at the gates B5 or B6.

10.Meet up with your fans at the agreed meeting points

You want to support your runner on the course? We have the following plan for you:

You want to support your relay or you run yourself and want to know the fastest way to the handover points?

We have the following plan for you:

FROM START to handover point 1

FROM START to handover point 2

FROM START to handover point 3

FROM START to the collection point

FROM HANDOVER POINT 1 to handover point 2

FROM HANDOVER POINT 2 to handover point 3

FROM HANDOVER POINT 3 to the collection point

PLEASE NOTE. An organized transport of the Women’s Race runners to and from the HANDOFF POINT is unfortunately not possible DUE TO the roadblocks for the marathon. The change zone is therefore selected so that it can be reached comfortably by public transport.