The 31st chapter of the Haspa Marathon Hamburg has taken off under the motto “Run-the-blue-line”. Germany’s largest spring marathon event on 16 /17 April 2016 is only 5 months away and expecting up to 18.000 runners on race day. All 6000 spots at the marathon relay race by Lotto Hamburg have already been sold out since September. All in all,  24.000 athletes will take on the 42,195 kilometers long course around the hanseatic city.

The chief organiser, Mr. Thaleiser assured that “We are right on track and see it as an affirmation of the successful introduction of our recent improvements. For 2016 we will hold on to the dual starting system and further utilize the B-complexes of the exposition grounds.” Additionally, the marathon team is planning on making the race even more spectator-friendly.

The Haspa bank announced that it will continue its role as title sponsor for the marathon until 2018. The city’s sports Senator Michael Neumann praised the bank’s commitment to one of the largest athletic events of the city – it supports Hamburg’s image as city of sports.

Question of safety of all participants

Despite the tragic incidents in Paris, the team of organisers sees no need to cancel the preparation for the next edition of the marathon on 16. / 17. April 2016. Atheltic events support fair play, peace and therefore symbolize cross-cultural understanding. The marathon will be held according to the high security standards of major sporting events.

Arne Gabius, currently Germany’s most renowned marathon runner and Rio 2016 qualifier issued hopes that the next Olympic Games will be a milestone in international understanding.

The Haspa Marathon Hamburg is a flagships for sports in Hamburg and will be organized under the umbrella of Hamburg’s candidature as Olympic host city 2024. 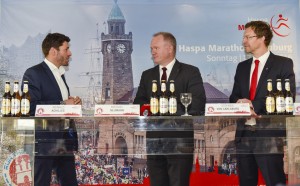 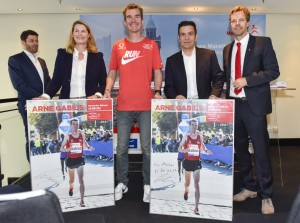 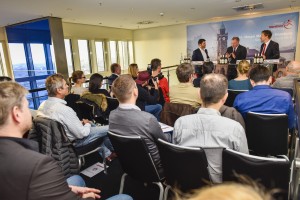