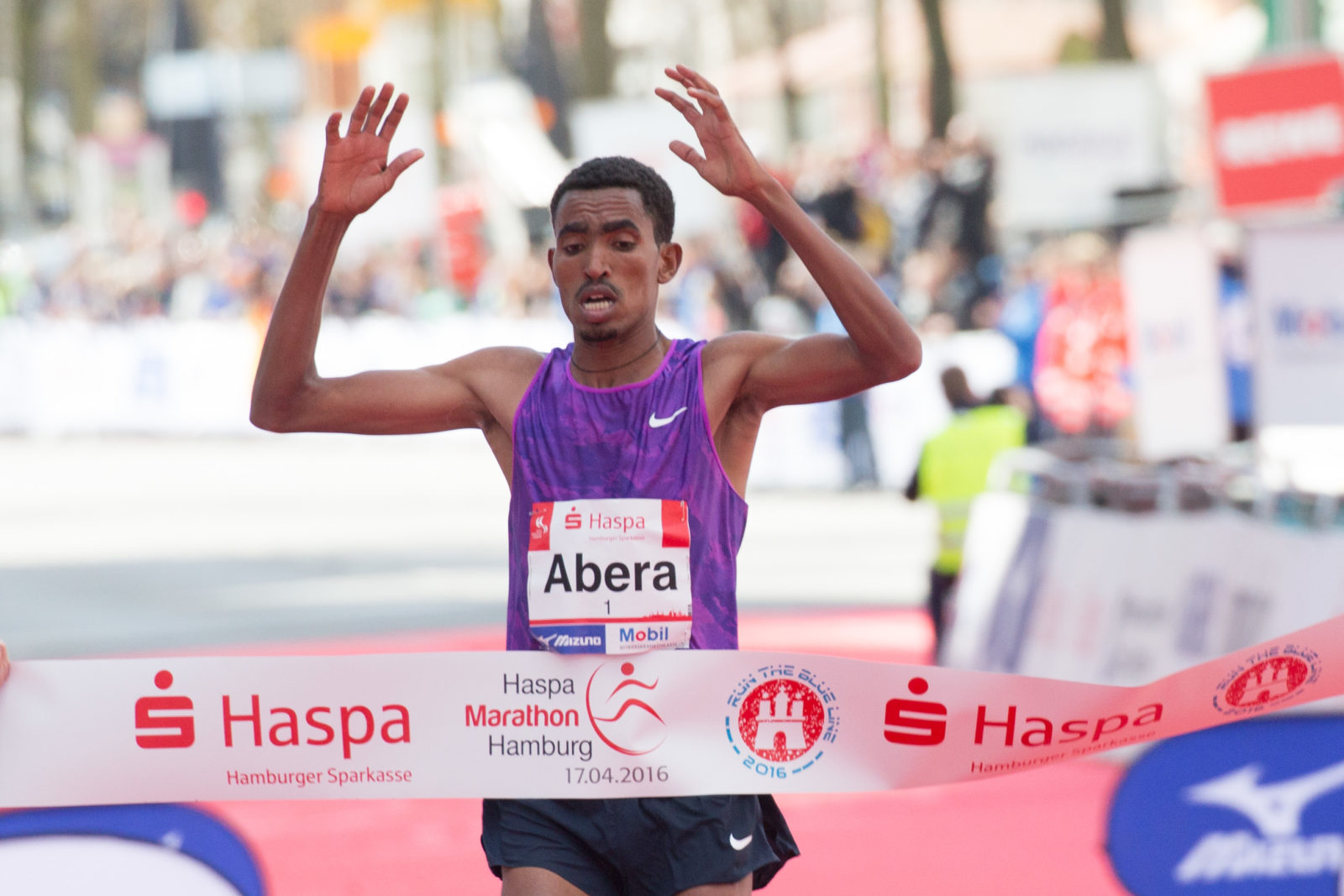 Ethiopia’s Meselech Melkamu smashed the course record by more than two minutes in the Haspa Marathon Hamburg. Finishing in 2:21:54 despite windy conditions she made a strong statement regarding the selection of Ethiopia’s marathon Olympic team. Fellow-Ethiopian and defending champion Meseret Hailu was second with 2:26:26 while Germany’s Anja Scherl caused an upset with a tremendous run for third place. Improving by more than eight minutes to 2:27:50 she has secured Olympic selection.

Ethiopia’s Tesfaye Abera took the men’s race in 2:06:58. Achieving his second marathon win this year after taking Dubai in a world lead of 2:04:23, he should gain selection for the Olympic team. Kenyans Philemon Rono and Josphat Kiprono followed in second and third with 2:07:20 and 2:10:44 respectively.
Please note: A more detailed press release with photos will follow in the afternoon.