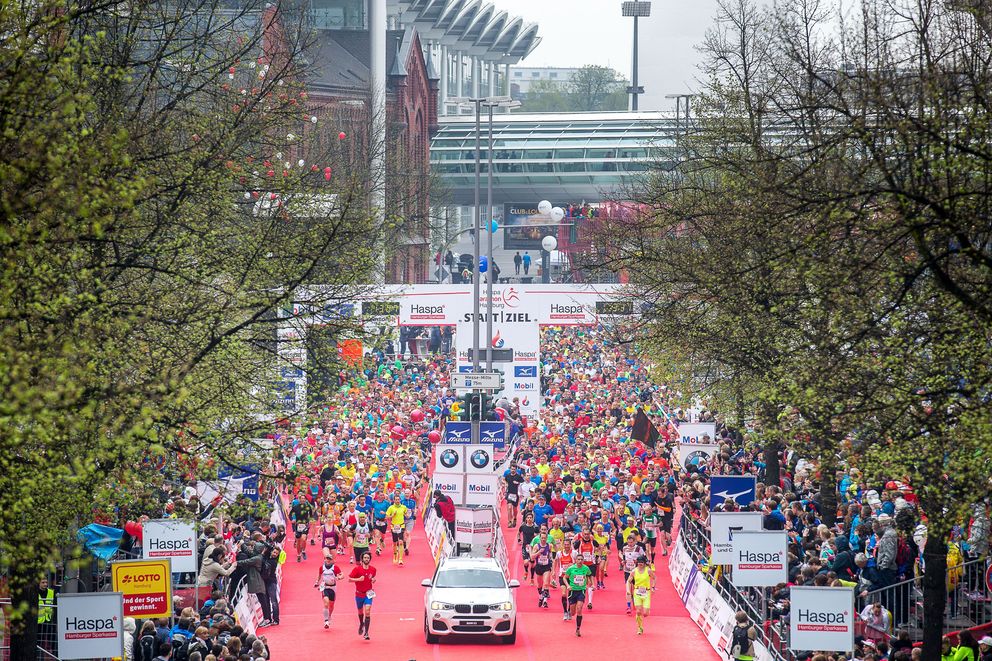 For the first time in the history of the Haspa Hamburg Marathon an Olympic Marathon champion will be on the start line of the elite field: Stephen Kiprotich will be a star attraction on April 23 in Hamburg. The Ugandan caused a sensation when he surprised the favourites to win the Olympic gold in London in 2012, promoted to sporting superstar status overnight in his home country. A year later Kiprotich added to his tally of gold medals in winning the World Marathon title in Moscow. The 27-year-old continued to show his appetite for championship running by finishing sixth in the 2015 World Championships in Beijing. Meanwhile he also improved his own national record to 2:06:33 when finishing second in the Tokyo Marathon.

Although Stephen Kiprotich has won two major global titles, victory in a big city marathon is one achievement missing so far in his running portfolio. He did win the Enschede marathon in 2011 with 2:07:20 but success in Hamburg would be of a different order.

Another leading contender has also been announced and that is Tsegaye Mekonnen. The 21-year-old Ethiopian is considerably faster than the Olympic champion Kiprotich with his best of 2:04:32, achieved on his sensational marathon debut in Dubai in 2014. His performance was the fastest ever by a junior, though remains an unofficial world record since the world governing body of the IAAF does not recognise junior records in the marathon.

After a strong showing to finish third in Dubai a year ago with 2:04:46, he suffered setbacks in his next two races, failing to finish in Berlin in September and coming in tenth in 2:11:54 on his return to Dubai. Hamburg offers him, still in the early stages of his marathon career, the chance to regain his place in the top flight. At his best, Tsegaye and his rivals would have their eyes set on the course record which stands at 2:05:31.

The Kenyan duo of Joel Kimurer and Robert Chemosin is likely to offer strong opposition to Stephen Kiprotich and Tsegaye Mekonnen. Last November Kimurer won the Seoul Marathon in 2:08:07, the 29-year-old narrowly missing his personal best of 2:07:48. In the spring of 2016 he won the Vienna City Marathon in 2:09:48, running into a strong head wind for much of the race.

The race organiser Frank Thaleiser has a simple explanation why high quality athletes continue to run in Hamburg, despite the relatively small budget for elite runners of 300,000 Euro: “The top runners don’t come to Hamburg because of the money because our prize money is hardly among the biggest out there. They come because we, in partnership with Global Sports Communication, can offer them perfect conditions. These include a strong field overall, top pacemakers and a first class service for them in terms of the race and build-up. The course in the city beside the River Elbe is one of the fastest in the world and, if the weather is favourable, very fast times are part and parcel of the event.”

So far 13,000 runners have entered the race on April 23. “That’s around the same number as this time last year,” said Frank Thaleiser. “We’re delighted with the way the event is developing and plan to set a limit of 16,000 starters in the marathon in future to improve the logistics of event organisation still further,” said Thaleiser.