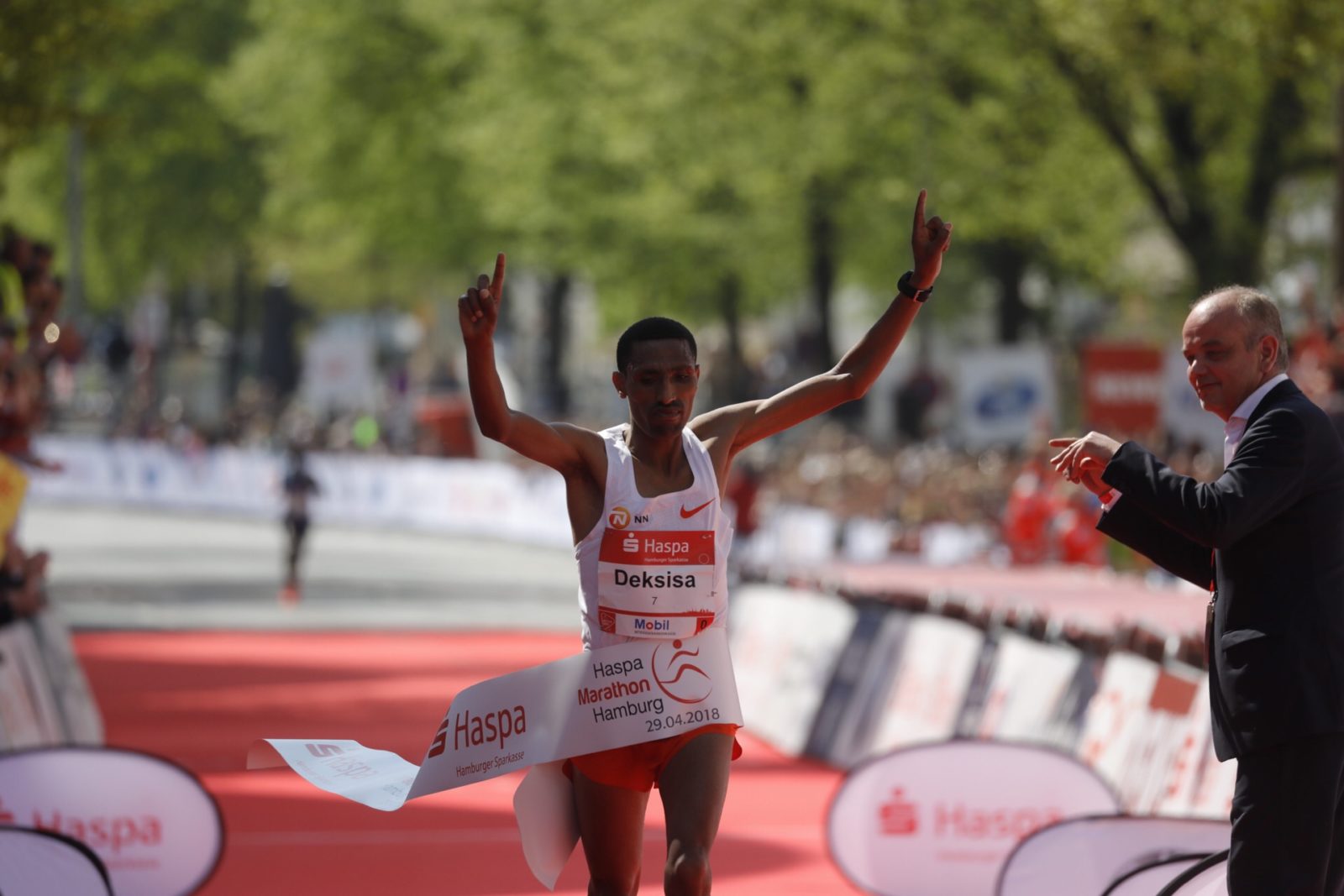 Ethiopians world-class runners dominated the Haspa Marathon Hamburg, taking all three spots on the podium: Solomon Deksisa won with 2:06:34, which is the third fastest time ever run in Hamburg. Debutant Tadu Abate took second with 2:06:54 while Ayele Abshero was third in 2:07:19. Kenya’s Solomon Yego took fourth with 2:07:37 while the marathon Olympic Champion from London 2012, Uganda’s Stephen Kiprotich, was fifth in 2:07:57.

Shitaye Eshete of Bahrain took the women’s race with a time of 2:24:51 from Ethiopia’s Birke Debele who clocked 2:25:28. Running a fine debut Mimi Belete, who competes for Bahrain, was third in good weather conditions with 2:26:06.

Including events at shorter distances a total of 33,183 entries were registered for the 33rd edition of the Haspa Marathon Hamburg. 14,250 of them ran the classic distance in Germany’s biggest spring marathon.