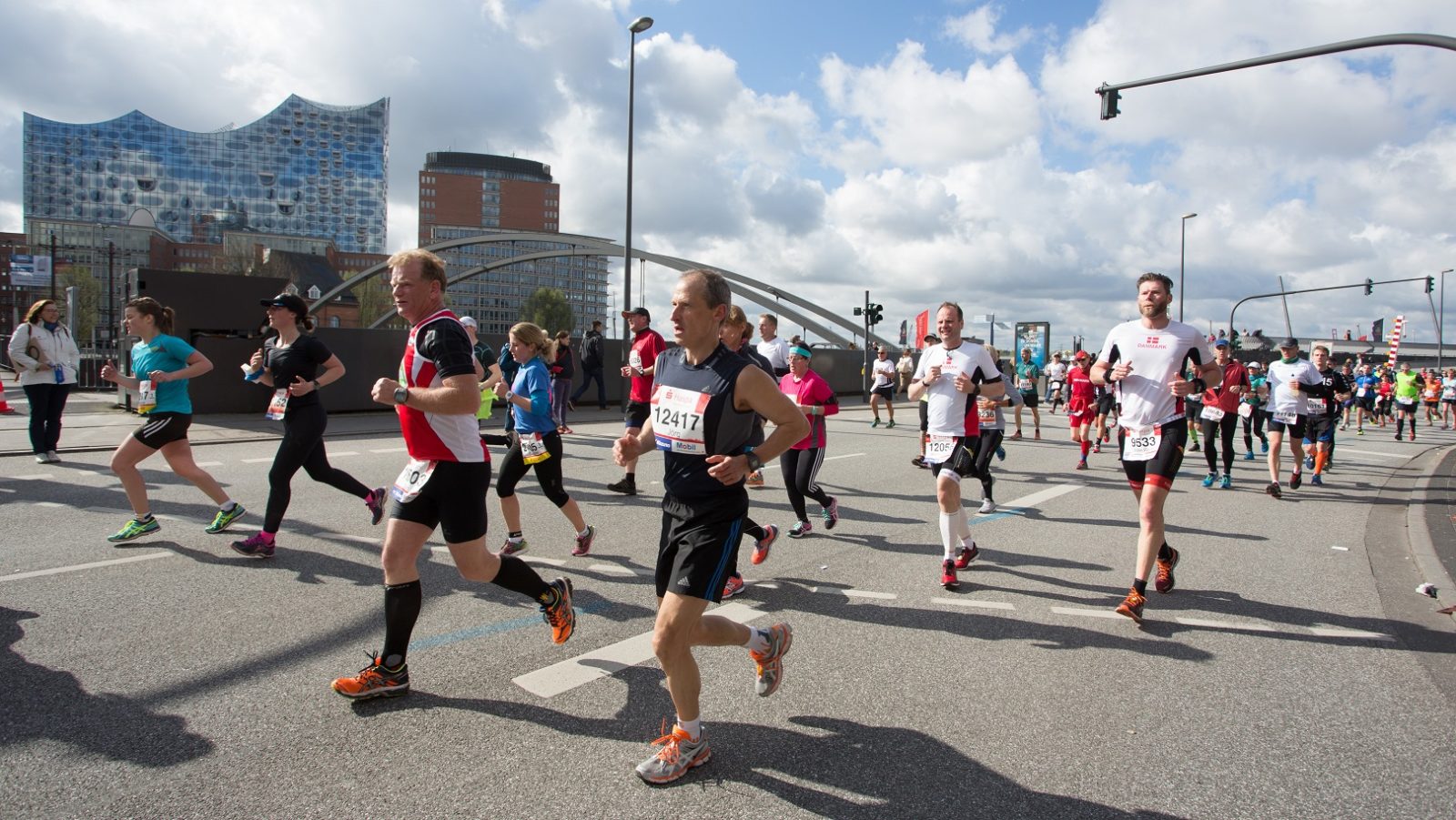 More than 10.000 marathon runners have already signed up for the Haspa Marathon Hamburg on 23 April 2017.

Participants as well as our event team is getting ready for the 32nd edition of Germany’s largest spring marathon in Hamburg. Alongside the marathon runners, 6000 relay runners as well as 2000 women’s teams will take on the streets of Hamburg.

While the LOTTO Hamburg relay race is aready sold out, there is another new relay race that you can register for – if you are female. The “Women’s Race” is aimed at female runners that take on the marathon distance by sharing it and running as a team. Each runner covers approximately half the way, with an exchange point at the half marathon mark.

Since its first edition in 1986, the Haspa Marathon Hamburg is the oldest mass sport event in the city. It also kicks off the season of endurance sports events in Hamburg. The Haspa Marathon Hamburg was the first race to paint a blue line to mark the course. This has recently become the race motto as well: “run the blue line”. On the way to its 32nd edition, the marathon in Hamburg proves its status as one of the most beloved city marathons worldwide.